‘Indian Love Call’ was a popular song from the 1924 operetta-style Broadway musical ‘Rose-Marie’ which was based on legend of how native men in the Canadian wilderness would call down into the valley to the girls they wished to marry. ‘Rose Marie’ was one of the longest running musicals of the 1920’s. The popularity of Rudolf Friml’s song ‘Indian Love Call’ outlasted the musical. The New York Times described the song as being a “household staple” in their era. The song was also said to have been a favorite of President Dwight D. Eisenhower.  ‘Rose Marie’ was made into a film by MGM in 1936 that became a huge success.

Album:
Side A: Indian Love Call
Side B: Begin the Beguine

Charted: In 1938 ‘Indian Love Call’ charted on Billboard for 8 weeks, reaching a high of #6 most popular song in the country.

Art Shaw and his Orchestra 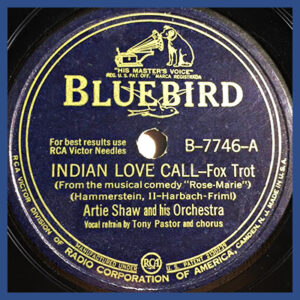 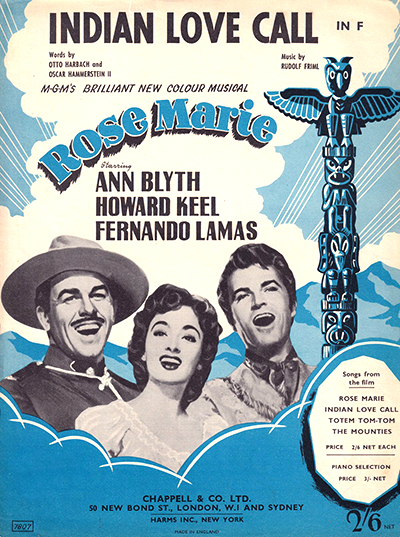 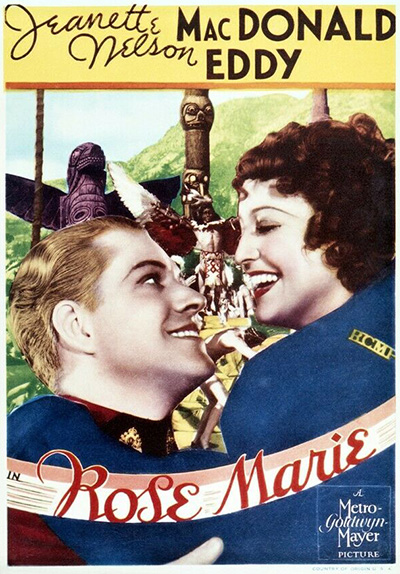